Putting Genetics to the Test: Insurers vs Preexisting Conditions in the Age of Trump 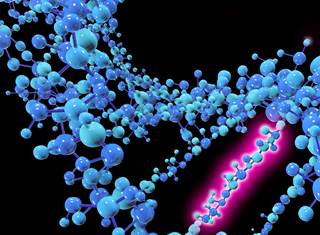 The Trump administration has stated that it would refuse to defend the Affordable Care Act against a lawsuit threatening to end the program.

Another aspect of the preexisting conditions protections under the Affordable Care Act (ACA) may disappear, this time involving genetics.

Thanks to the Genetic Information Nondiscrimination Act of 2008,1 health insurers are prohibited from using genetic information such as family medical history or genetic test results when considering coverage. However, this protection stops once a patient is diagnosed with a medical condition.

However, the Trump administration has stated that it would refuse to defend the ACA against a lawsuit threatening to end the program.

"After careful consideration, and with the approval of the President of the United States, I have determined that, in Texas v. United States, No. 4: l 8-cv-00167-O (N.D. Tex.), the Department will not defend the constitutionality of 26 U.S.C. 5000A(a), and will argue that certain provisions of the Affordable Care Act (ACA) are inseverable from that provision," Attorney General Jeff Sessions said in a letter in June.2,3

With about 130 million people younger than 65 years with preexisting conditions and 70% of the population in favor of Congress keeping these protections in place, the administration seems to be in conflict with the general public's opinion.

Twenty states are suing the federal government. They claim that since Congress' 2017 tax cut law removed the tax penalty for people who did not have health insurance, the individual mandate is considered unconstitutional. So then, according to the lawsuit, the ACA would be deemed unconstitutional as well.

"The policies being undermined through the plaintiffs' action have broad, bipartisan and public support, and have improved the lives of patients. An unfavorable decision in this case would create further disruption, generate uncertainty, spark additional premium increases and cause declines in coverage," said AMA President Barbara L. McAneny, MD, in the brief. "We urge the court to reject this case because health policy should be developed in Congress and not in the courts."