The CVS/Aetna Merger: What It Means for the Future of Primary Care 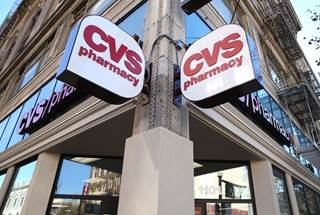 Aetna will have access to data on pharmaceutical usage patterns from CVS that will give the company the opportunity to determine who is willing to pay more for health care.

Let's start by getting this fiction out of the way: the reason companies undertake mergers, acquisitions, stock swaps, or any other adventure in corporate engineering is not because they have some insatiable desire to save their customers money. Customers might sometimes come out on top — stranger things have happened — but that is inevitably just an incidental finding that is completely ancillary to the corporation's actual goal of gaining economies of scale, choking out the competition, and ultimately winning a fatter bottom line. The profit is the prophet.

So if CVS, the pharmacy/benefit manager/purveyor of extremely affordable sweet iced tea, ends up spending a reported $69 billion1 to buy the insurance company Aetna, know that it is not happening because either company truly cares about the price customers pay for prescription drugs. Well, not exactly, anyway. Both companies do care deeply about the prices of pharmaceuticals, but they are hoping to maximize company profits, not consumer savings. Luckily for patients, drug prices are the one thing that might not change too much as a result of this deal.

Whenever corporate behemoths are about to swallow one another, it is reasonable to worry that consumers' wallets will bear the brunt of the damage. But here, Caremark, the pharmacy benefit manager CVS bought in 2006, already has a close relationship with Aetna,2,3 so it is not as if the combined company will have a lot of new leverage over physicians, pharmaceutical companies, or other stakeholders.

But that does not mean that CVS/Aetna will not find a way to put its own interests before those of ordinary patients. For one thing, in a new partnership with an enormous pharmacy and benefit manager, Aetna will have access to data on pharmaceutical usage patterns that will allow the company to carefully parse the insurance risks it takes on. Preexisting condition regulations notwithstanding, Aetna will have the opportunity to figure out who is willing to pay more for health care and charge them accordingly. Aetna did not grow into a nearly $70 billion company by blowing layups.

You will not be surprised to learn that there is some precedent to the dishonorable intentions of newly formed healthcare conglomerates. Back in the mid-1990s, the siren song of easy profits convinced many pharmaceutical benefit managers that they needed to merge with a drug manufacturer. For a time, it was like last call at the local dive bar: nobody wanted to be left without a partner when the music stopped. In the end, however, a lot of these companies ended up stumbling home alone; ultimately, it was easier to form strategic partnerships between manufacturers and benefit managers. Still, academics were alarmed that benefit managers could potentially manipulate formularies to the benefit of their pharmaceutical company partners and to the detriment of patients.4 A similar worry exists here. CVS is still going to want as many patients, from Aetna or otherwise, to come through their doors. Every person who walks in the store is a person who might buy some iced tea on the way out. But Aetna has no such motivation. As a newly minted member of the CVS family, however, Aetna would have a real incentive, and the wherewithal, through either price differentials or coverage restrictions, to steer its customers toward CVS and away from other pharmacies. This might not seem like a huge deal if you only need to drive a few extra blocks to pick up your 3-month supply of atorvastatin, but CVS hopes to be so much more than just a pill dispensary. Their true ambition is to be a major player in the primary care delivery market. They want their system of in-store clinics to replace the emergency department for a lot of people. That used to sound like a great idea, and might still be, until Aetna's relationship with CVS encourages the company to shift the idea of going to the drugstore for primary care to something closer to mandatory.

CVS insists that none of this is going to happen.5 The company is promoting the merger as something like a benevolent dictatorship, where they will have unprecedented access to all our health information, but promise to use it just to make health care more effective and efficient. CVS sees itself leading patients into a utopian future where primary care, surveillance, and pharmacy services are all seamlessly handled at a convenient 1-stop shop. Yet, CVS and, frankly, Aetna have had ample opportunity to get this scheme off the ground, but to date have not established in-store clinics as a viable or popular alternative to any of the functions traditionally performed by physicians or nurses. It is certainly not obvious what advantages this merger will provide that will allow them to successfully manage a quasihospital. The Occam's razor solution is that CVS simply sees an opportunity to diversify in the face of swirling competition, leverage their dataset, and maybe, if they are lucky, increase their margin on pharmaceutical sales.

But, again, they swear that is not the case. Cross their heart, and hope not to die.