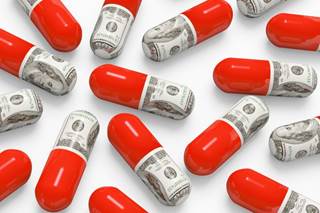 Eligible hospitals participating in the 340B Drug Pricing Program have increased outpatient provision of parenteral drugs in hematology-oncology and ophthalmology and have grown staff resources by employing a greater number of physicians and acquiring physician practices, according to study findings published in the New England Journal of Medicine.

Researchers used Medicare claims data to evaluate general acute care hospitals with 50 or more beds that were eligible for the 340B Program. Isolation of the program's effects on hospital-physician consolidation was performed with a regression-discontinuity design. Investigators evaluated the program's effects on mortality and hospitals' provision of care, particularly in the fields of hematology-oncology, ophthalmology, and rheumatology.

Approximately 2.3 more hematologist-oncologists practiced in facilities owned by hospitals that were eligible for the 340B Program. Overall, this translated into 230% more hematologist-oncologist practitioners in the facility than would have been expected without the program (P =.02). In addition, approximately 900% more ophthalmologists (P =.08) and 33% more rheumatologists (P =.84) were practicing per eligible hospital.

There was a lower proportion of low-income patients receiving ophthalmology and hematology-oncology care in eligible hospitals. There were no significant associations between inpatient care for low-income groups, mortality, or provision of safety-net care with program eligibility.

The investigators of this study relied primarily on Medicare data and did not take into account uninsured low-income patients and their effect on low-income Medicare beneficiaries.

Findings from this study also demonstrated that the decision to lower 340B-participating hospitals' drug reimbursements “could slow hospital-physician consolidation while not adversely affecting care for low-income patients served by general acute hospitals.”